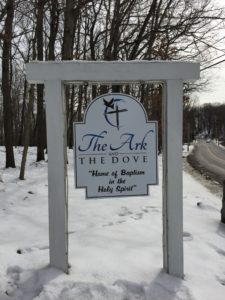 People frequently ask me if I ever get tired of telling the story of the Duquesne Weekend. I never do, because it’s a love story – the story of God’s gracious and extraordinary response to the prayer of some very ordinary people.

In Luke 11 Jesus says, “Ask and you shall receive, seek and you shall find; knock and it shall be opened to you. If you who are evil know how to give your children good things HOW MUCH MORE will the Heavenly Father GIVE THE HOLY SPIRIT to those who ASK HIM.” Here is an unfailing principle: From the first Pentecost on, the Holy Spirit has always come in response to fervent prayer… to prayer that is hungry and thirsty for more of God…to prayer that asks, seeks, and knocks. I describe in my book, As By A New Pentecost, how the entire twentieth century was dedicated to the Holy Spirit in a special way. Blessed Elena Guerra, at the turn of the twentieth century, urged Pope Leo XIII to call the entire Church to pray more fervently to the Holy Spirit…to be, as it were, a permanent Cenacle of prayer. And of course you remember the prayer to the Spirit we prayed for the Second Vatican Council: “Divine Spirit, renew Your wonders in this our day as by a new Pentecost.”

In the Spring of 1966, two Duquesne University professors were ASKING, SEEKING, and KNOCKING. They had pledged themselves to pray daily for a greater outpouring of the Holy Spirit in their lives using the beautiful Sequence Hymn of Pentecost. In the midst of this time of prayer, some friends gave them two books: The Cross and the Switchblade and They Speak With Other Tongues. Both books describe the experience of the Baptism in the Holy Spirit. The men from Duquesne realized that this Baptism in the Spirit was precisely what they were searching for.

In January 1967, four Catholics from Duquesne attended their first interdenominational charismatic prayer meeting – the Chapel Hill meeting – in the home of Miss Flo Dodge, a Spirit-filled Presbyterian. Interestingly enough, a few months before these Catholics came, the Lord led Flo to read Isaiah 48 where He announces that He is about to do “a new thing”.

Indeed, God was about to do a new thing among Catholics as a result of the prayer meeting. The people from Duquesne were impressed with what they witnessed there. On January 20, two of the men returned. They received the Baptism in the Holy Spirit and began to manifest charismatic gifts. They returned home to pray with the other two who had not attended that night.

At this time I was a member of the Chi Rho Scripture Study group that met on the Duquesne campus. Two of these professors served as moderators of Chi Rho, and although they did not tell us outright about their charismatic experience, those who knew them well noticed that they radiated a new joy. We were planning for our retreat in February and the professors suggested a new theme: “The Holy Spirit.” In preparation for the retreat, they told us to pray expectantly, to read The Cross and the Switchblade, and to read the first four chapters of the Acts of the Apostles.

A few days before the retreat, I knelt in my room and prayed, “Lord, I believe I’ve already received your Spirit in Baptism and Confirmation. But if it’s possible for your Spirit to be more at work in my life than He’s been up until now, I WANT IT!” The dramatic answer to my prayer was soon to come.

On February 17 about 25 of us left for The Ark and The Dove Retreat house on the outskirts of the city. As we gathered for each session, our professors told us to sing as a prayer the ancient hymn, Veni Creator Spiritus, “Come Creator Spirit”. On Friday night there was a meditation on Mary. Then we had a Penance Service. In John’s Gospel we read that when the Holy Spirit comes He will convict the world of sin. That’s what happened among us as we repented in the Sacrament of Reconciliation.

On Saturday a member of the Chapel Hill Prayer Group came to speak on Acts, chapter 2. All we were told was that she was a Protestant friend of our professors. Although her presentation was very simple, it was filled with spiritual power. She spoke about surrendering to Jesus as Lord and Master. She described the Holy Spirit as a Person who empowered her daily. Here was someone who really seemed to know Jesus intimately and personally! She knew the power of the Holy Spirit like the Apostles did. I knew I wanted what she had and I wrote in my notes, “Jesus, be real for me.”

In the discussion following her talk, David Mangan proposed that we close our retreat by renewing our Confirmation…that we, as young adults, say our personal “yes” to the Holy Spirit. I linked my arm through his and said, “Even if no one else wants to do this, I do.” Then I tore out a sheet of paper and wrote, “I want a miracle!”, and posted it on the bulletin board.

Saturday night a birthday party was planned for a few of our members, but there was a listlessness in the group. I wandered into the upstairs chapel…not to pray but to tell any students there to come down to the party. Yet, when I entered and knelt in the presence of Jesus in the Blessed Sacrament, I literally trembled with a sense of awe before His majesty. I knew in an overwhelming way that He is the King of Kings, the Lord of Lords. I thought, “You had better get out of here quick before something happens to you.” But overriding my fear was a much greater desire to surrender myself unconditionally to God.

I prayed, “Father, I give my life to you. Whatever you ask of me, I accept. And if it means suffering, I accept that too. Just teach me to follow Jesus and to love as He loves.” In the next moment, I found myself prostrate, flat on my face, and flooded with an experience of the merciful love of God…a love that is totally undeserved, yet lavishly given. Yes, it’s true what St. Paul writes, “The love of God has been poured into our hearts by the Holy Spirit.” My shoes came off in the process. I was indeed on holy ground. I felt as if I wanted to die and be with God. The prayer of St. Augustine captures my experience: “O Lord, you have made us for yourself and our hearts are restless until they rest in You.” As much as I wanted to bask in His presence, I knew that if I, who am no one special, could experience the love of God in this way, that anyone across the face of the earth could do so.

I ran down to tell our chaplain what had happened and he said that David Mangan had been in the chapel before me and had encountered God’s presence in the same way. Two girls told me my face was glowing and wanted to know what had happened. I wasn’t familiar enough with the Scripture to know that passage in II Corinthians where it describes Moses whose face shone when he returned from the mountain. St. Paul writes: “All of us, with unveiled faces, beholding the beauty of the Lord are being transformed from one degree of glory to another.” I led these two students into the chapel and began to pray, “Lord, whatever you just did for me, do it for them!” That was probably the shortest Life in the Spirit Seminar on record!

Within the next hour God sovereignly drew many of the students into the chapel. Some were laughing, others crying. Some prayed in tongues, others (like me) felt a burning sensation coursing through their hands. One of the professors walked in and exclaimed, “What is the Bishop going to say when he hears that all these kids have been baptized in the Holy Spirit!” Yes, there was a birthday party that night, God had planned it in the Upper Room Chapel. It was the birth of the Catholic Charismatic Renewal!

When we returned to campus, we created quite a stir. One friend told me, “Patti, if I didn’t know you better, I would say you were drunk!” Like the Apostles after Pentecost, we couldn’t help but speak of the things we had seen and heard. We literally stumbled into charismatic gifts like prophecy, discernment of spirits, and healing. One of our professors witnessed to his friends at Notre Dame and Michigan State University in these words: “I no longer have to believe in Pentecost; I have seen it!” In the past 40 years the grace of this new Pentecost has spread from a handful of students on the Duquesne Weekend to millions of Catholics around the world. Why? Because God is determined to send forth His Spirit to renew the face of the earth.

One final word: In his foreword to my book, As By a New Pentecost, Cardinal Suenens wrote that “Jesus Christ continues to be born mystically of the Holy Spirit and of Mary,” and that we should never separate what God has joined together. If we in the Renewal want to proclaim Jesus to the world, we need the Holy Spirit and we need Mary, the Mother. Just as Mary was in the Upper Room at Pentecost, she is with us whenever we return to the Upper Room. If only we would welcome her as Mother as did the beloved disciple John, she will teach us: how to surrender to the Father’s will, how to be faithful to Jesus unto the Cross, how to pray with a humble, pure and docile heart for more of the Holy Spirit, how to be one family. She is the Spouse of the Holy Spirit and she knows better than anyone else how to yield to Him.

And so, echoing Mary’s Magnificat, I want to proclaim that, “God who is mighty has done great things for us, and holy is His name!”